I graduated from Shillington College a few weeks ago and after a much needed holiday I’ve put together a personal reflection of my time on the course. It’s a bit of a mammoth post but there’s lots of things that I wanted to cover, including why I went there, what I learnt and my views of the course as a whole. If you just want to see some pretty work, scroll to the bottom!

A brief back story…

I confess; I had a background in design already before starting at the college. I enjoyed design and technology at school and decided to do a Product Design degree at university. After I graduated I worked as a mechanical design engineer. I was never right for the job so I started to make websites in my free time with a vague idea of becoming a web designer. Eventually, I was able to blag my way into a web design job purely with self-taught coding knowledge and a keen interest in design. I was initially focussed a lot more on front-end development but when the lead designer left several months after I joined Digital Results I found myself responsible for a lot of design work. I worked hard and learnt plenty about web design in a couple of years.

Last year I was offered the chance to do some kind of design training. My boss was keen on the Shillington course as he’d worked with designers who had been there before. But I weighed up my options. I considered a Masters degree but I was put off by the length of time it takes. I also thought that such a programme would be very self-directed and would lack structured training. What I really missed in my job was any kind of design mentoring — I’d never really had anybody to bounce ideas off of or to offer constructive design criticism. I wasn’t going to turn down the opportunity for personal development and I settled on Shillington College due to the calibre of tutors and quality of work that comes out of the college.

The Shillington course is heavily marketed with the fact that you can go from “never touched a Mac” to being an employable graphic designer. Well I was already a designer. And I spent the past year feeling a little guilty about that. But I didn’t take anything for granted. I worked my absolute hardest and I didn’t take any shortcuts. I challenged myself at every opportunity and I questioned everything. I made sacrifices, just like everybody else did. I saw less of my friends and family. I gave up TV. I stopped my regular exercise regime and I spent a fortune on train fares, printing and supplies.

Would I recommend Shillington to those who already have some design experience?

Well yeah, I would. Despite being primarily aimed at beginners, I still got a tremendous amount from the course. The tutors are very good at pushing people in very individual ways. I certainly wasn’t going to get away with simply churning out easy work. I was constantly encouraged to push things further. On an early corporate brief I tried winging with some quickly thrown together idea and I was called-out immediately.

The design briefs at Shillington are also surprisingly flexible. They provide plenty of scope for you to work in areas that particularly interest you. For me, it was a chance explore my passion for typography, branding and to develop my (somewhat amateur!) illustration skills. I deliberately chose not to focus as heavily on the digital briefs as I wanted to challenge myself in areas that I wasn’t familiar with. 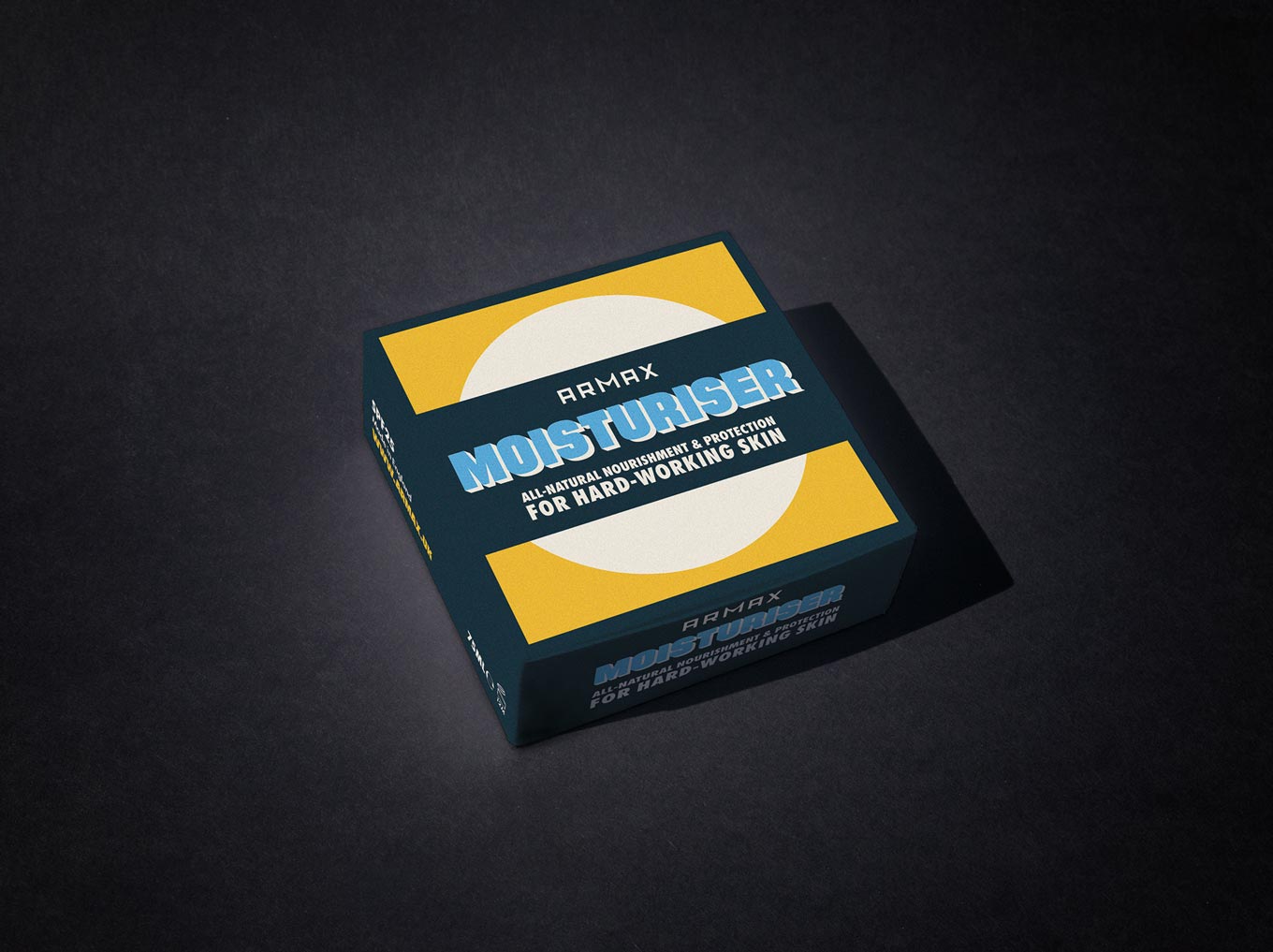 The best things about the course

I gained a lot from my time at Shillington but the key thing that I learnt was a rock solid process for generating original design solutions. Discovering a reliable creative process has meant that I can now approach any design brief with confidence. This knowledge was most useful when applied to branding projects. I’d dabbled with logo design in the past but had always struggled to create interesting and meaningful solutions until now. I learnt how to effectively present brand identities too; by explaining the reasoning behind the design with actual research and by considering a brand identity as much more than just a logo.

The digital component of the course isn’t particularly strong

Shillington is a very condensed course and as such it is clearly difficult to do more than just scratch the surface of the vast world of digital design in such a short space of time. The course provided some basic training on creating user-interfaces in Photoshop, and an explanation of the current digital landscape. This was followed up with a few short supporting briefs. I personally think that the majority of digital work that is shown off in graduate portfolios isn’t anywhere near as strong as that of the other mediums. Some fantastic work is of course created by students who pursue the medium a lot further in their own time, but the overall standard of is lower than that of the branding and print projects (which are outstanding) in my opinion.

I was actually really pleased that digital design wasn’t a huge part of the course — I wanted to learn about the things I knew nothing about. But I would imagine that lots of students would like to see it take a more prominent role (or rather employers would at least?). I wonder whether the course would work well in two different flavours; one with a traditional print bias and one with a digital bias*. The digital course would dispense with the many printed publication briefs and spend much longer on detailed website and app wire-framing and design whilst the print course could focus more heavily upon traditional media. * Shillington College currently offers a web design course but this is focussed upon actual coding rather than purely design and user experience.

Some of the tutoring can lead to slightly generic work

During portfolio time in particular, there is keen desire on the part of the tutors to mould students projects into highly polished productions. This is a very good thing —  competent looking graphic designers get jobs. My problem with the process though was that I felt original and creative ideas were sometimes polished to the point that they became almost unrecognisable. I personally value a slightly scruffy original concept over something generic but that adheres perfectly to design principles. But I’m not an employer.

I understand that a set standard (“the Shillington way”) is necessary in any academic institution, but I think that care needs to be taken in order to foster creativity and originality. In fairness, I think some of the tutors realised this and would be less vigilant about certain rules. And having to fight for an idea isn’t such a bad thing — it taught me to be confident in my ideas and to discard external influences if I didn’t think that they were of value to me. I felt that less experienced students weren’t quite so confident though.

Does the course try to do too much?

Well yeah, but that’s the whole point! Learning the basics of design across a plethora of mediums as well and mastering three complex pieces of software is a big ask in 3 / 9 months. But that’s the ambitious nature of the course. It would be easy to, for example, cut out the technical training (Adobe courses are ten-a-penny anyway) and focus entirely upon real design skills — the stuff Shillington does best. More time could be spent on group work and critiques (you don’t do a great deal after the first term as it stands) and on digital briefs. But I’m not sure that this would be the right approach.

If you got rid of the technical element of the course then it wouldn’t really be Shillington, and you wouldn’t truly be able to go from zero to “graphic designer” in such a short space of time. Knowing the software was a huge advantage for me coming into the course and I am absolutely amazed by my classmates who had no experience whatever — I don’t know how they did it!. They produced some outstanding work and can without a doubt call themselves Graphic Designers. And that is testament to the power of the course.

I’ve wandered around a lot of graduate degree shows over the past few years wishing I could study graphic design. It may sound very sad but to actually do so was a dream come true for me. Studying at Shillington was a fantastic experience. It was inspiring, motivating and rewarding. And despite perhaps not being the archetypal candidate for the course, I learnt a lot. I’m pleased that the stress is over, but I don’t regret it for a minute. I’m starting to miss class already.

I had the pleasure of studying alongside some incredibly talented and inspiring folk — people who became better designers in 9 months than I’ll ever be. Here are just a few of my favourite portfolios from the MT 2014/2015 Shillington massive. 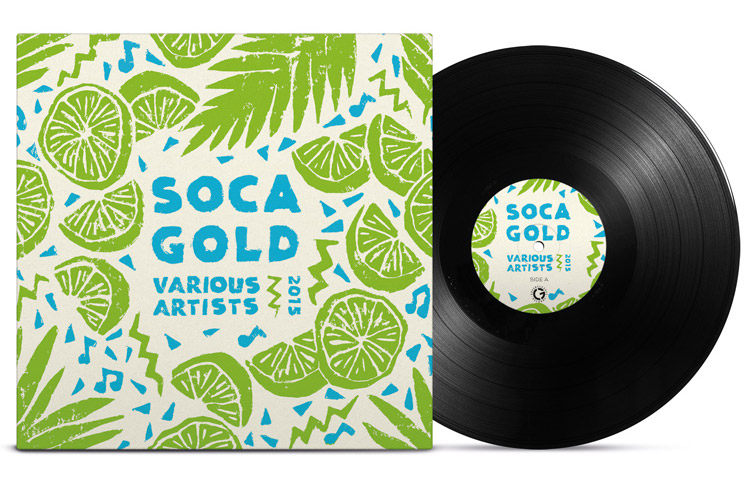 I’m slightly biased as I sat next to Karen for a good part of the course, but her work is truly outstanding. Her portfolio is well considered and carefully crafted and has a bold and confident personality. Karen’s work ethic was second-to-none and was totally responsible for making me try harder. The standout piece for me was this lino cut album cover, but her whole portfolio is great. Oh, and she’s a successful DJ as well… the bitch ;-). 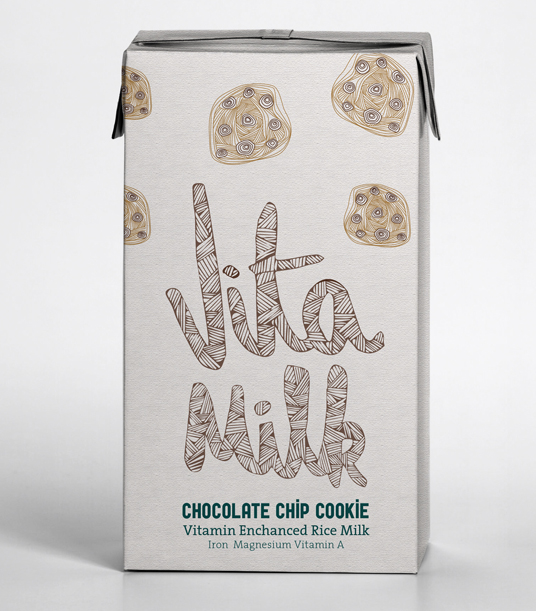 Elis has the most individual style of anybody I graduated with. Her quirky illustrations are totally enviable and bring everything she does to life. Elis is off to study a graphic communication degree in Estonia and it scares me to think how good this young designer will be in a couple of years. Make sure you check out her awesome personal logo too. 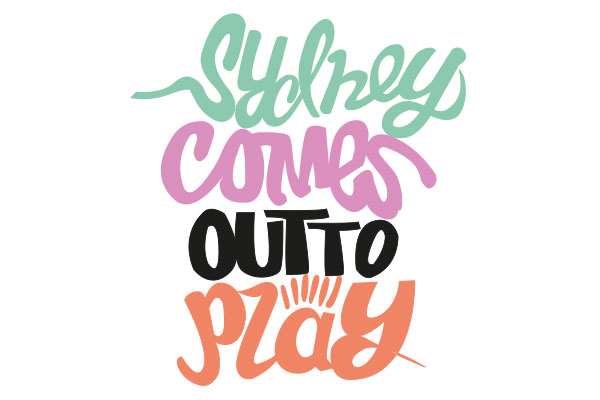 Drew had one of the most hectic work and family schedules of anyone on the course but still managed to absolutely smash it when it came to portfolio time. Lots of people tried a hand-drawn aesthetic in some of their work (myself included) and no-one did it as well as this guy. I also love the witty tone-of-voice he was able to convey in many of his projects.

You wanna make work like this? You know what to do!

Read my other Shillington posts